My son gets teased at school and he doesn’t even care. Honestly, it’s one of the coolest things about him, but then, he’s a pretty cool kid.

At 11 years old and just starting middle school, he loves his new school and loves learning new things. He gets up without a fight while other kids hit the snooze alarm. He participates in class while other kids slump at their desks and roll their eyes. He and his buddies talk about Pokemon passionately while other kids talk about last night’s game. He wears nice jeans and a crisp dress shirt buttoned to the top button, while other kids wear gym clothes. He knows all these things make him different; he just doesn’t care.

One time, I suggested perhaps we could go out and buy him some Under Armour sweatshirts, in case he wanted to blend in a little more at school. His response, “You don’t like my clothes, Mom?” It would never occur to my son to wear gym clothes when he doesn’t like them just so he could fit in. Fit in with who? The kids who are teasing him? I realize he is absolutely right and I need to start taking my cues from him. 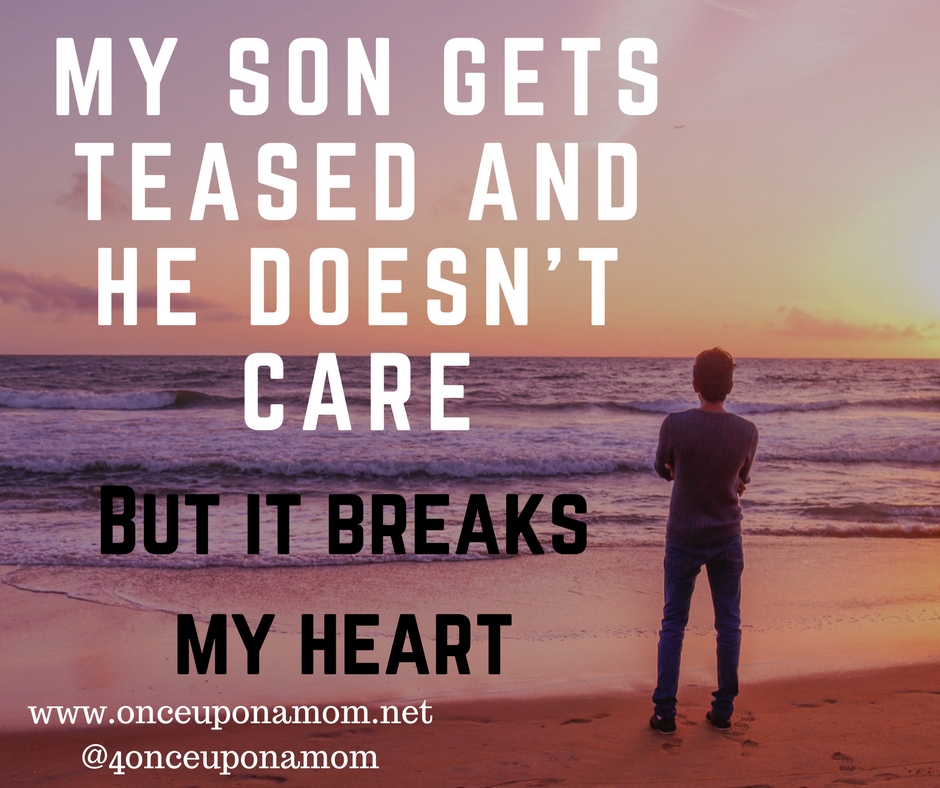 So, when he comes home from school and casually mentions some kids have been teasing him, he’s hardly fazed.

His attitude? So what if people call me a nerd? I am a nerd. Nerds rule the world! Why would I care if some kid I don’t even like makes fun of me for liking Pokemon? It’s not like I’m going to stop liking what I like to impress some kid who is being mean. Why would I want to impress a mean kid? 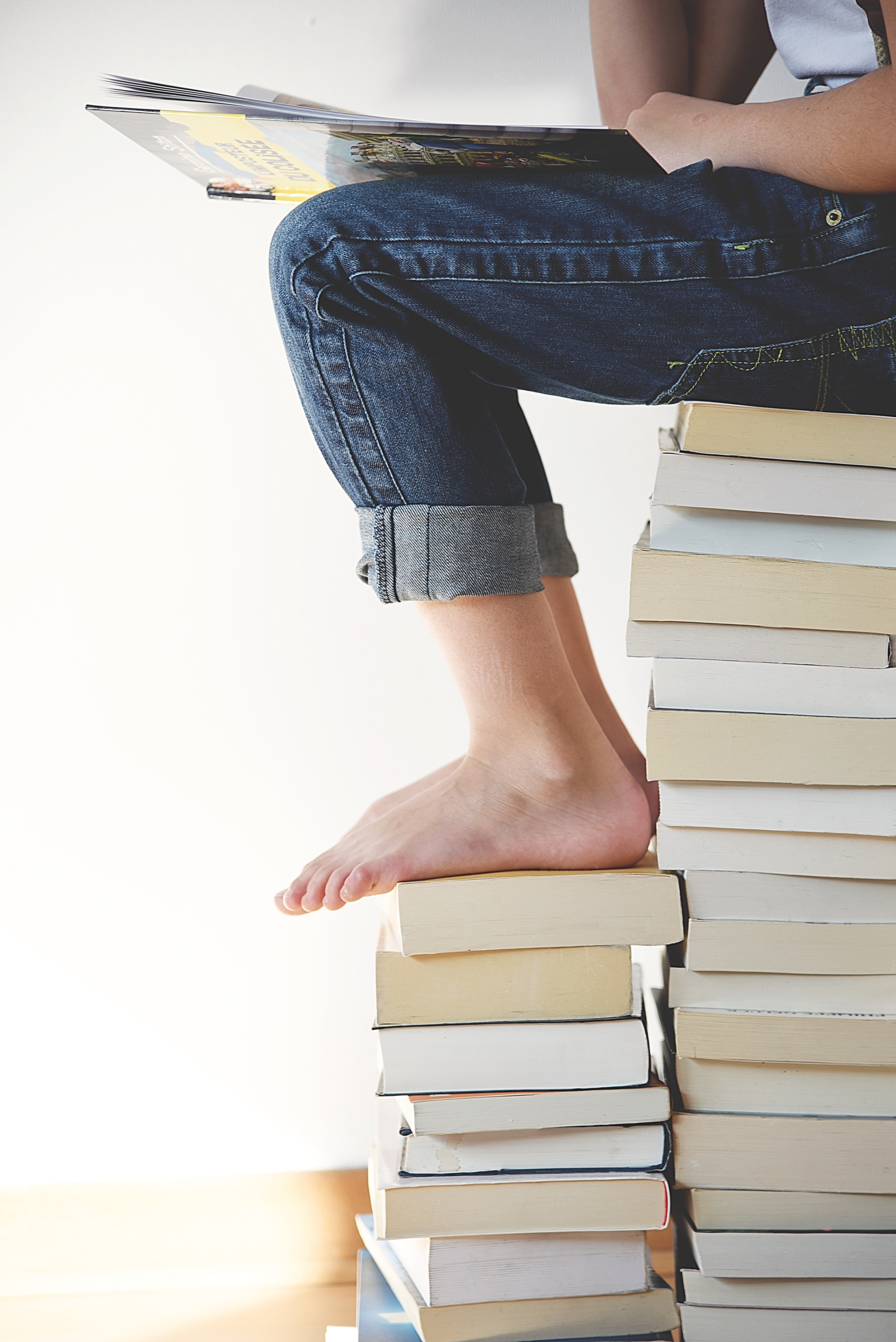 It makes me feel ragey and sad and out of control. I want to go down to that school and shake these kids. I want to find out who their parents are and ask them what the hell is wrong with their children.

But here’s the thing, these kids have just left the safe bubble of elementary school and have entered an entirely new world. They are at an age when they are more focused on what their friends think and concerned about fitting in. They aren’t villains; they are trying out being mean.

Here’s the other thing—I’m pretty happy with how I turned out. I am confident in who I am and I know my way around a confrontation. I doubt I would have turned out that way had my mother come to school and wagged her finger in a few kids’ faces. I wouldn’t be the person I am now had I never suffered at the words and actions of pre-teens in middle school. I learned from those experiences. They made me who I am.

Now I‘m left with anger and sadness and hurt for my son. He can shake off being teased, but as his mom I can’t. I just can’t.

So I did just that.

I poured my heart out to God and told Him everything. I cried. And I felt better. Giving myself permission to feel these things was just what I needed.

For now, I continue to check in with my son to make sure this is just teasing and not turning into bullying. I make sure he is still feeling like his quirky, confident self and is able to shake these moments off. And I pray. I pray God will use these negative experiences in my son’s life, work them to good, and use them to continue to mold my son into the amazing, self-assured, empathetic young man he is becoming. 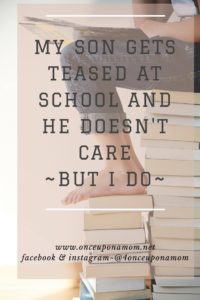 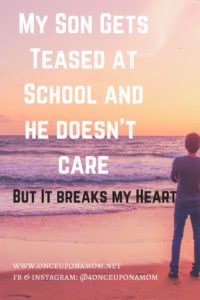 originally published on Her View From Home

2 thoughts on “My Son Doesn’t Care That He Gets Teased, But I Do”