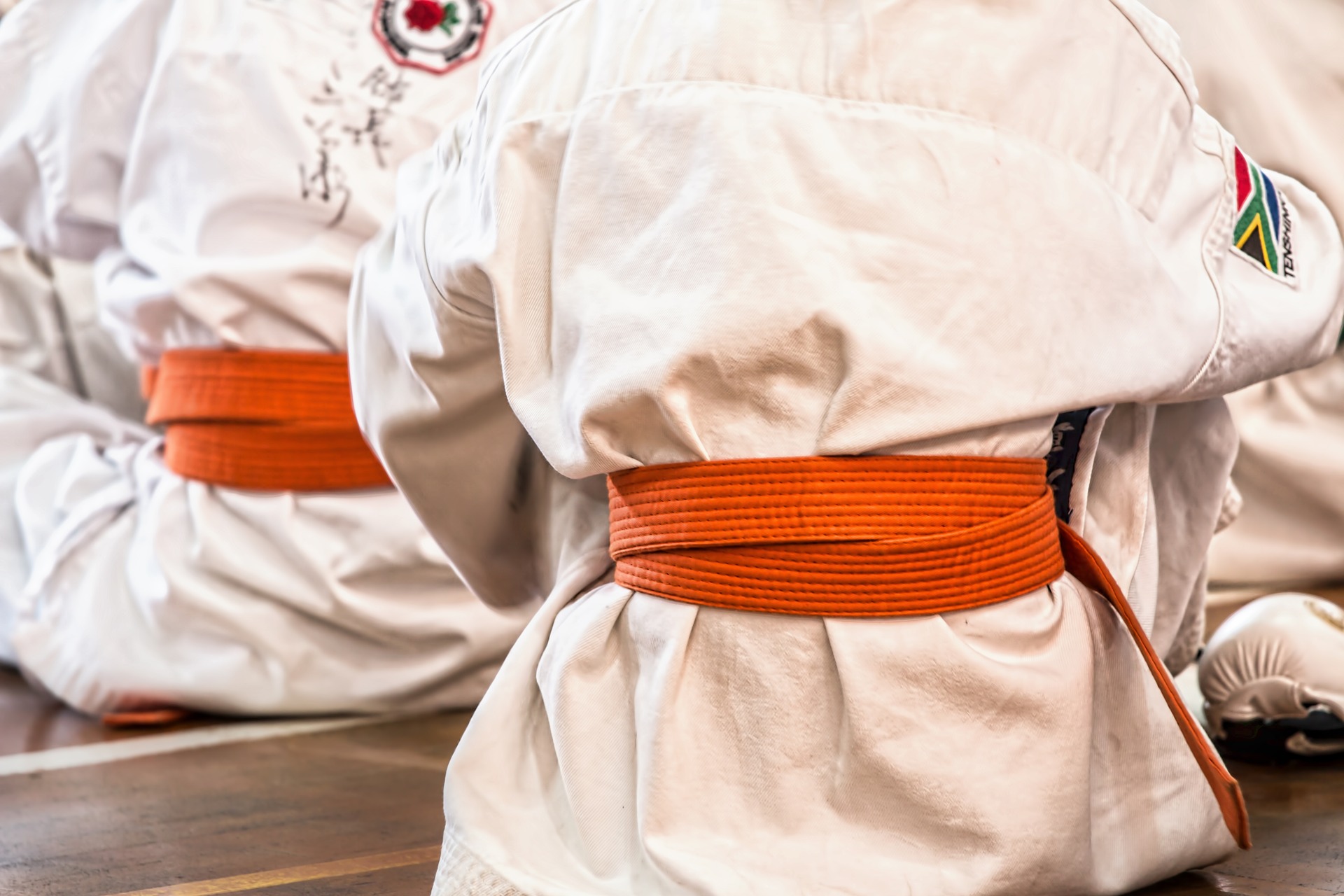 There I was, sitting on a thinly carpeted concrete floor while my daughter was in karate class. Like an explosion, all the kids rushed out the door and lined up at the water fountain. When it was my daughter’s turn, a bigger kid started counting to 3, the universal sign for “hurry up, I’m thirsty!”  My daughter stopped drinking, turned on her heel, looked this big kid square in the eye and said, “You’re not the boss of me,” and walked back to class, looking a little taller than she had a moment before.

I jumped up and yelled, “In your face!” Then I dropped my microphone right on his bare feet! Well, I didn’t actually do that, but I totally wanted to!  Not because the kid was mean, because he absolutely wasn’t, he was just thirsty. I was just so proud of my 7 year old for standing up for herself, especially to an older boy.

It made my day watching her sweet little face with her half grown in front teeth tell him “you’re not the boss of me” even though I think he really is. He’s two belts ahead of her and I’m pretty sure that means he’s allowed to (maybe even supposed to) tell the younger kids to keep the line moving. I’ll have to check with the instructor about that. But still. I was super proud.

Raising little girls is tougher than I thought it was going to be. I want to teach my girls to be kind to others, to follow the golden rule, but I also don’t want them to be doormats. And this particular daughter, she is the one who is the most accommodating. She’s the one who gives up the good spot in the car. The one who shares her new toy before she’s even played with it. The one who lets her friends pick the game at recess. She’s the peacemaker.

Don’t get me wrong. These are all great qualities and ones that her father and I encourage, but as we encourage her I wonder if she’ll define herself this way, as the peacemaker. I worry she’ll base her self worth on the approval of others.

But then this happens! A big “to heck with you bigger, stronger kid, I’ll drink as long as I want, thankyouverymuch!” In that moment I realized she can be a peacemaker and a totally confident little girl! Being kind doesn’t negate being self-assured. She can be both. 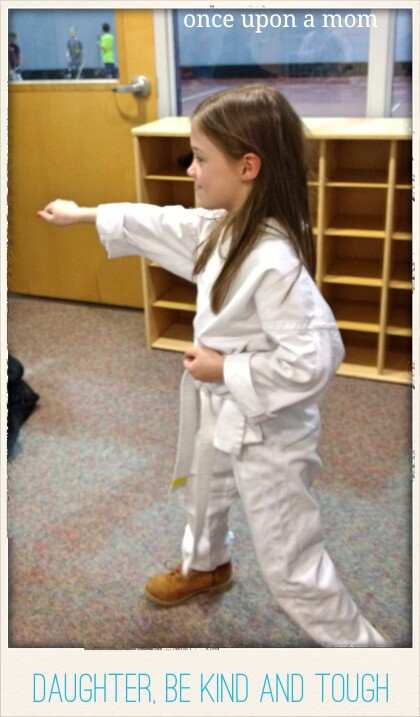 Sitting there on that cold floor, I forgot my aching back and barely noticed that my feet were starting to fall asleep. I was too happy, too proud to notice those aches and pains as I watched my adorable, tough, sweet, self confident little girl tighten her white belt, flip her long hair, and stride back into karate to kick some big kid butt.

1 thought on “That Time My Daughter Told a Big Kid, “You’re Not the Boss of Me””